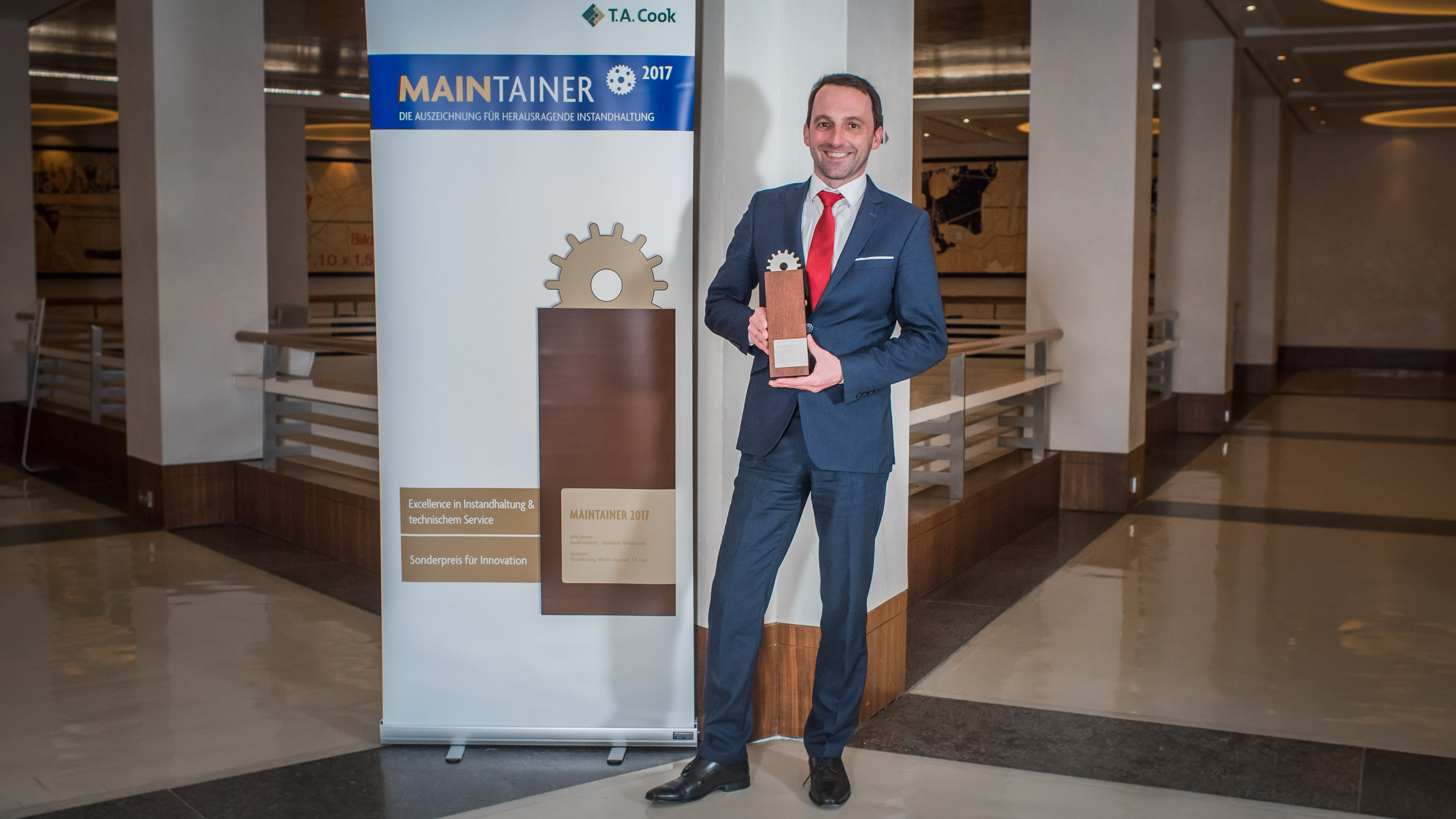 The safe feeling of having made a valuable contribution to the maintenance of the future and, of course, also the prospect of a trophy, have motivated us to submit an innovative project for the Maintainer 2017.
The pilot project “Inspectionround using iBeacons” seemed to be the right choice and fortunately we received the “Special Prize for Innovation”. After several domestic awards an international award is a special honour, which increases our visibility beyond Austria’s borders.

The award ceremony took place at the Maindays 2017 in Berlin. Alexander Mankel, CEO of Augmensys Germany, was on stage and took the trophy as a representative of the entire team. After that, we were once again able to introduce the project to the numerous audience and the positive feedback we got impressively confirmed that we deserved the prize.

Thanks again to all the colleagues who developed and implemented this project so successfully!

From 18th to 20th October 2016 Augmensys was represented again at the "Maintain Europe" in Munich This year, the main focus was on Augmented Reality. For this reason, CEO Helmut Guggenbichler was invited to present Augmensys and UBIK® - during a forum -...
Read More

Communication, information, application coaching and the latest job offers: On the 4th of April 2019, the Meet & Match job fair of the FH Kärnten will take place at the campus of the Villach University of Applied Sciences!Augmensys will be present...
Read More

Despite the current challenging situation, Augmensys has succeeded in keeping its goal of extending and optimizing UBIK, in focus. We are excited to present you the latest release of our mobile client on the Universal Windows Platform – the UBIK.UWP...
Read More

For the 10th time already, the European Space Agency (ESA) arranged the European Satellite Navigation Competition ESNC. Around 1200 ideas and applications from almost 50 regions were submitted this year. In Austria, the FFG was responsible for the...
Read More